It’s hard to believe words from those headlines described the man that hosted his third annual Procamp for 520 of his closest, adoring fans.  Odell Beckham, Jr., the most electrifying wide receiver in the National Football League, lead warm-ups for, threw passes to, and ran drills and routes with boys and girls of all ages this morning. Fellow campers and their parents looked on with adulation. Approximately one thousand people witnessed Beckham, Jr. doing positive things in the community, a narrative that so often is unacknowledged.

Throngs of media personnel were poised to ask Beckham about his looming contract renewal dispute with the New York Giants, but that opportunity never came.  Beckham, Jr. wants to be the highest paid player in the NFL. One prediction from NJ.com pegs Beckham’s potential deal at: a four-year deal with a team option for the fifth year in the range of $83 million to $86 million, with $50 million guaranteed and a signing bonus of $9 million.” Does he deserve it? Before this summer ends, the Giants will need to decide. While Beckham did not speak to the media at his Procamp (or even at Giants minicamp last week), to me, his former teammates came to bat for him.

When I spoke to Super Bowl champion wide receiver Victor Cruz last Saturday, he told me: “I mean, the kid’s gotta stay. I mean at some point, the Giants are gonna make a move but we’ll see how it goes. Obviously it’s all up to that front office and what they feel is appropriate, but I think he’s gonna be a Giant for a very long time.”

Today, Super Bowl champion Mario Manningham’s two sons were campers at Beckham, Jr.’s camp.  I caught up with him and asked his thoughts on the contract crash course between Beckham and the Giants . He told me: “[Beckham] wants what he worked for. He’s been working for it since he came in the NFL….It’ll be alright. They just need to give him what he wants and let him keep ballin’”.

Both Cruz and Manningham were wide receivers, both were Beckham’s teammates, so they might know his worth better than anyone.

Critics of the blockbuster deal figure that making Beckham, Jr. the highest paid player in the NFL would cut off the Giants’ nose to spite their face.  If the money follows him, they argue, what would be left to fill other holes in the Giants’ depth chart? Remember: Eli Manning, at 37, is the third-oldest starting quarterback in the NFL (behind Tom Brady and Drew Brees).  The front office will also need to address that sooner rather than later.

Be sure to bring your popcorn: Beckham’s blockbuster deal, whether it is with the Giants or elsewhere, will set the standard pay day for wide receivers across the league forever. Only time will tell how it’ll play out.

I discussed this topic with NFL Network/WFAN’s Kim Jones while I was hosting on WFAN (Thursday, July 5, 2018). Click the image below and skip to 15:38. 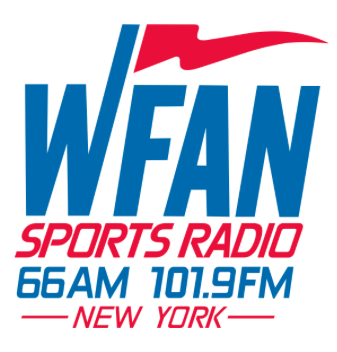