BERGEN COUNTY, N.J.– Is there a world in which New York Mets ace Jacob deGrom does not win the National League’s Cy Young award?  It’s possible.

After notching his tenth (and final) win of the season, deGrom told Mets COO Jeff Wilpon that he had reached his season’s goal.  Wilpon replied that there was no way getting only to 10 wins was his goal, that he definitely had had a higher goal for the season, perhaps even 20 wins. It is no surprise that when deGrom pitched, the Mets couldn’t give him run support. Of all the starting pitchers in Major League Baseball, deGrom’s run support average per start was 3.53, second-worst only to Texas Rangers/Chicago Cubs pitcher Cole Hamels (3.34).  Again, of every qualifying pitcher who started a game in the MLB in 2018, deGrom has the second least amount of run support among all of them.

That, of course, translates to only ten wins. In terms of winning the Cy Young award with deGrom’s qualifications, history is not on his side: there have only been four NL Cy Young winners since 1967 with less than 10 wins. Luck is not, either: his stiffest competition, Washington National’s Max Scherzer, has compiled 18 wins this season.

Besides wins, deGrom dominates his competition in every other category, including, in my opinion, the most important statistic: earned run average.  Even former World Series champion, legendary Mets are coming to DeGrom’s aid to make a case for him. Sunday at Citi Field, Darryl Strawberry told me: “Well, if he’s got the best ERA in the league, it speaks for itself, he just didn’t get a lot of offensive support behind him.” Compare Degrom’s league-leading 1.70 ERA to Scherzer’s 2.53. Scherzer is not even in the same ballpark as deGrom, pun intended.

Sunday, I also caught up with Dwight “Doc” Gooden, who, with a laugh, admitted he did not want deGrom to break his astonishing 1.53 single-season ERA. Since the inception of the game of baseball in 1869, his single-season ERA from 1985 is the 42nd best of all time.  deGrom’s 1.7 ERA in 2018 is the 87th best of all time. That comparison that Gooden drew from his 1985 season to deGrom’s 2018 season is poignant- in 1985, Mets fans remember that in that year, Gooden won the NL Cy Young award.

“I tell ya, you never know. In my book, he’s got to win the Cy Young. Every stat that he can control over, he’s on top and I think that last start put a stamp on it… Again, every stat that he can control, he did it. I think getting to ten wins plays a big part: in his last start he pitched, what, eight innings, a two-three hitter? I think that was it. He should win it.” If anyone could help sway the voters, Gooden certainly has the qualifications to do it and a good argument for it.

Mets manager Mickey Callaway, a former pitcher, himself, is revered for his knowledge of art of the position: prior to coming to the Mets, Callaway spent four seasons as pitching coach of the Cleveland Indians. He told me: “Being who I am, and what I know about pitching, I don’t see [deGrom NOT winning the Cy Young] happening. Anything can happen because this is not always a perfect world. For me, and what I’ve seen out of the player and the performer, he deserves it more than anything. He had a historic season and I feel like he’s going to win it”.

Strawberry elaborated: “Well he should, from the standpoint of his numbers and him being so competitive every time he goes out there and takes the mound.” But what about having only notched ten wins this season? How much of that statistic must a voter take into consideration? Strawberry is willing to “look past that”, adding: “You have to look at the circumstances, you have to look at the team he was on and everything. That all plays a big part in his performance: can they score runs for him? If his ERA is good, then that’s what’s important and I think, a lot of times, people don’t understand that.” Gooden agreed: “I think [only having 10 wins] play a part, I think Scherzer will probably be a close second. deGrom, just with his overall numbers, he’s got to win. The team that he had, unfortunately, did not score runs on that particular day and a former pitcher, sometimes it takes a little bit of luck to pitch on the right day.”

Despite being sidelined to the disabled list in August with a bruised left index finger and fighting a nagging hamstring injury that ultimately ended his season in the seventh inning of the final game on Sunday afternoon, Mets’ outfielder Brandon Nimmo has been one of the most productive Mets this season.  He lead the team in batting average (.263) and on-base percentage (.404).  Having played behind Degrom all season, Nimmo told me: “Some people would argue, a little more old-school in the wins and losses and all that, but I just don’t see it. I see him as the most dominant pitcher this year by any case.  Unfortunate that he didn’t get some wins, but those weren’t under his control. If you’re just going off of everything that he could control, he’s your Cy Young this year.” He punctuated those comments with a decisive nod.

Nimmo’s nod after he made his case to me for deGrom to win the NL’s 2018 Cy Young award is the same one Mets fans hope voters will give #48.  Strawberry said: “He’s a fine young pitcher and I wish him well in the votes in winning the Cy Young.” Results and winners will be announced in early November.

To download these audio interviews, including over 200 others and my full radio shows, click on the image below! 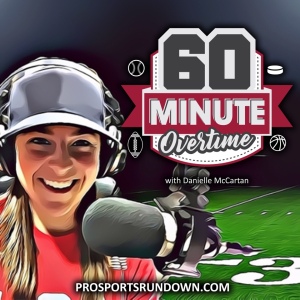