BERGEN COUNTY, N.J. – A professional basketball team looks to board a plane to play a game across the country.  The flight’s stopover destination delays the outbound flight twice, causing the team to chase z’s on the airport terminal chairs. The flight the team boards will arrive late, approximately 2:45pm, for a 7pm tip-off.  No: this is not a joke and there is no punchline.  This 25+ hour trip from coast-to-coast really happened to the Las Vegas Aces, a professional WNBA team.

No shoot around. No night of sleep. No beds. No food. Right now we will land in DC at 245pm that has us going straight to the gym bc of traffic and bags…and you want us to play? Oh ok.

Subsequently, upon landing in Washington, D.C., after first indicating they want to push tipoff back an hour (to 8pm EST), the Aces decided that they would not be playing the game at all.  The Aces arrived at their hotel at 3:45pm on the day of the game. The team issued this apology on Twitter, citing an “unfortunate set of circumstances” that “would put [them] at too great a risk for injury”.

The Mystics, the home team, tried to salvage the night for fans that had already showed up to the arena, tweeting that its players would participate in an impromptu meet-and-greet and autograph session.  Needless to say, the funds for tickets for that night were refunded and the Mystics even compensated their fans with a free ticket to a future game.

OFFICIAL: Tonight’s game between the Mystics and Aces has been cancelled. See below for all info. pic.twitter.com/DHx8zmBHKg

Yesterday, the league announced that the Aces, who are in playoff contention, would have to forfeit that canceled game. In a statement, WNBA President Lisa Borders said: “Since the Aces chose not to play, the result is a forfeit.” That marked the first forfeiture in the 22-year history of the WNBA.  To compound this unprecedented issue, with only a handful of games left to play in the regular season, at 12-17, the Aces (in its inaugural season) are one of remaining six teams vying for a playoff birth.

A not-so-simple solution would mandate WNBA athletes to fly on chartered flights, as their male counterparts in the NBA do. At tonight’s Los Angeles Sparks at New York Liberty game, I was fortunate to ask Adam Silver, the commissioner of the NBA, exclusively about this unfortunate situation and possible solutions to ensure it does not happen again. I transcribed our chat in full-text below. Click the below to listen to it.

McCartan: Is there ever the possibility of an NBA team helping out a WNBA team in the form of a charter plane?

Silver: “It’s one of the competitive issues during the season. If you go into a season with a rule that everybody flies commercial, I’m not saying there aren’t ANY circumstances, or some emergency where you might change the rules, but we all play under a set of rules and, so from a league’s standpoint, and this was the position that Lisa [Borders] was in, there has to be competitive fairness and so it’s not…. There’s two sides to the issue and so you have the Mystics there and their feeling is that everybody has to play and live under the same set of rules for the season. So, that’s where we are. It’s unfortunate – It’s just part of professional sports. I haven’t seen that situation ever happen, though, in all my time in the NBA. We have, unfortunately, players who end up pulling all-nighters and have tough travel arrangements, but again, you can’t change the rules mid-course.”

McCartan: Could that be a rule adaptation for next season?

Silver: “I mean, we’ll always examine everything but, quite frankly, it’s cost-prohibitive to charter in this league right now. We’re taking enormous investments to turn this thing into a business and we’re not there yet. It still frankly, loses a lot of money every year. If we had that much additional money to spend, I’m sure the players would agree: we would be spending it on salaries before we created a WNBA charter program. It just would be flat-out too expensive to do at this point in the league’s growth.”

McCartan: Do you think the ruling of ‘forfeiture’ was a fair decision?

Silver: I do… Because I don’t think there was any choice from a competitive standpoint. Again, in fairness to both teams, one team was there and ready to play. Not to say I’m not incredibly sympathetic to the players, but they fight through it. It’s tough in this league. This league is still in its early days and the NBA went throughout that phase for many years. When I first got to the NBA 26 years ago, there were still teams that were flying commercial and, obviously, before I got here, everyone did and there are lots of difficult stories. It’s not easy to solve – it’s not a question of just pouring more money [into it]. The long-term issue is turning this league into a self-sustaining business.

Furthermore, during pregame warm-ups tonight, I checked in on the situation with the Liberty head coach Katie Smith (a former WNBA player, 1999-2003) and assistant coach Herb Williams (a former NBA player, 1981-1999).  Williams told me how it was when he was in the NBA: “When I first started playing, we always had to catch the first available flight out the next morning. So if we were playing back-to-back, you had to get up and get on the plane and, most of the time, you would get to the hotel and all the rooms weren’t ready. So, you might have to sit in the lobby or go and get something to eat. The bus would leave around 5:00 and you’d get on the bus and go and play the game.” Smith echoed that sentiment, telling me: “You’ve had delays where sometimes you miss the flight on that day and had to take the earliest thing out the next day… Nothing where we’ve missed a game, just not convenient travel. Stuff happens when you’re flying [and] we’re all pretty used to it”. She recalled, as a player “one time in Detroit, we had to take separate flights to a city because the flights got canceled. They booked us on flights that got us there and those that played more minutes got on the better flights and coaches got the later ones. But, it is what it is when you deal with travel. Life happens … and you just … roll with it and make it work.”

But should professional female athletes have to “just roll with it”? She replied: “We’d love to be like the men, but we don’t make money like the men. You have to have revenue to pay for those things. There are maybe one or two teams that can do that, but not every team can. It comes down to budgets, it comes down to making money. All of us would like a lot of things: I would like to have a mansion and not have to work again in my life, but reality is reality and that is okay.”

Based on these recollections, this does not seem like the Aces were in as unique a situation as everyone initially thought. So should the Aces have just played the game? After all, they were at their hotel in Washington D.C. with over four hours to prior to tip-off. Smith, without hesitation, replied: “Yeah probably, if we were there and we had already made the trip, might as well….Of course, they were tired, but, most likely, if I was a player I would just be like ‘let’s play this thing’…’Let’s go knock this thing out, let’s do it’. You might’ve won the game.” Williams took a more hesitant approach: “most people would have probably played the game… They were in the airport for a long time, so I can’t judge what was going on in their minds or what they were thinking about.”

Today’s male NBA player enjoys many travel comforts, including a team-chartered plane.  Williams, with a laugh, said “[today’s NBA] is not even close to [my experience] anymore! [Today’s NBA athletes] fly charter…[they] leave right after the game, [they] arrive at the hotel, [they] get [their] rest. The NBA is great!”

When I asked if chartered flights for WNBA teams could be a possibility, he responded: “I wish it would. It would be something really nice for the women because they come in, they play hard, we have a really good product, …really entertaining. We just have to do a better job of advertising, getting publicity out, getting fans more interested. Not so long ago, the NBA was running through the same thing, when they were having problems with fans.  But, David Stern came in and did a great job of advertising, promoting players, promoting franchises, and getting fans interested. It takes a lot to get it going”.

As far as the Aces’ forfeiture to the Mystics? Smith thinks it was the correct decision.  “They chose not to play. They were there and they chose not go to. I thought the league overall made the best decision they could in that circumstance.” She also told me that she had not had an opportunity to speak with Aces’ head coach Bill Laimbeer, whom she coached under in New York, about the situation.

“You have to start somewhere, why not start now and pushing this thing real hard? If you push it real hard, I think you’ll have opportunity: you’ll get a lot of people interested.” Smith, talked about the same idea through a different lens: “We always want to push. We always want to grow this game and this league, but I don’t want to push too far where we lose income completely. That’s where the balancing act comes. By all means, continue to push, continue to ask, continue to have people invest in us and believe in us and us continue to put great products out, but I also am a realist in the sense that I can’t force you to do something that, then is going to put our league in jeopardy. Then we won’t have it.”

This topic is not going away anytime soon and will continue to occur unless action is taken.  What action? Certainly, the best solution would be a bi-league proposition that can equally satisfy all invested parties. Everyone that I’ve spoken with: the NBA commissioner, a head coach, an assistant coach, radio personalities, and fans seem to have differing opinions, though.  Herein lies the problem…

I spoke about the possibility of this happening on FOX Sports Radio Las Vegas with hosts Chris Winn and Chris Chapman. 2 days later- it happened. 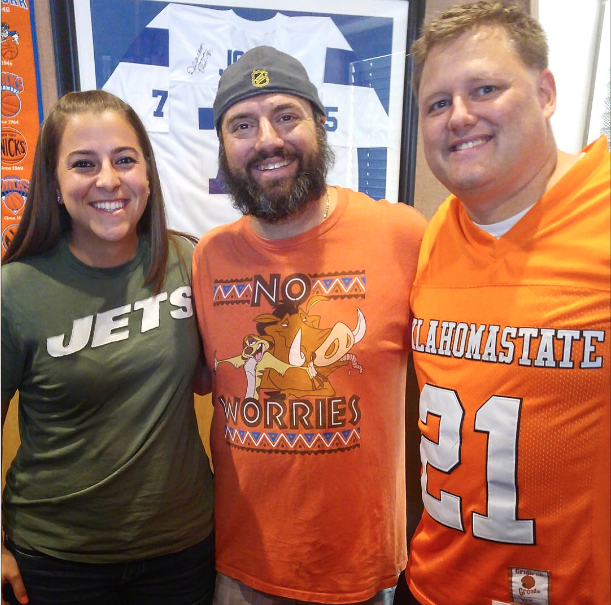