BERGEN COUNTY, N.J.- How does a team that finishes a National Football Season at 3-13 become, the next season, a serious playoff contender and emerging favorite to win its division?  Entering week 11, the Tennessee Titans are 5-5 and are in second place in the AFC South.  With the 9-7 Houston Texans clinching a playoff birth by winning the division last year, the 2016 AFC South is more of a screen play than a hail-mary for the Titans to complete.  In July, Titans tight end Anthony Fasano told me: “I think we have a great shot at winning our division. It seems as though there’s a lot of parity in our division and throughout the whole league. So, if we establish our run game and don’t turn the ball over, and do all those things you need to win, we’ll be alright.”  It has been seven seasons since the Titans have seen playoff action, so, what revolution took place in Nashville within one calendar year?

The Titans have reestablished a sense of confidence in every aspect of their game under  new head coach Mike Mularkey in his first full season at the helm.  “We have a really good GM, a really good coach, and I’m just looking forward to giving everything I have and doing everything in my power to be as good as I can this season” Jason McCourty, Titans cornerback and defensive captain, explained to me.  Although Mularkey was not, technically, an off-season acquisition (he replaced a fired Ken Whisenhunt in November 2015), he has worked closely with Titans’ general manager Jon Robinson to assemble the team exactly how he wants it. Mularkey’s in-house competitions (ping pong matches, basketball shooting games, etc.) have helped bring about a culture change in Nashville.  Fasano explains: “It’s a daily thing, competition is high in everything we do there. It’s part of the change in culture.”  What is the prize for winning? “Just to be able to say you won. Bragging rights” continued Fasano.  McCourty echoed his sentiment: “Through all the competitions we’re doing, [we’re] trying to find a way to win. We’re trying to start to do that from the ground up. So, when the fall comes, we’re trying to win … football games.” Teresa Walker, who has covered the Titans for the Associated Press for the past twenty years, indicates that Mularkey’s retainment after the ’15-’16 season “was not a popular decision”. However, she adds that “he’s got enough experience… He understands what’s important [and] what matters. [In addition], he’s brought in veteran coaches.”  Surely, the Titans organization must be pleased with his performance through the first 365 days.

Last season, Tennessee’s defensive captain, Jason McCourty, missed the final 12 games of the season due to a nagging groin injury.  In his absence, opposing quarterbacks posted a 101.3 rating (158.3 is perfect) and completed 34 touchdown passes against the Titans’ defense. “We’ve done a really good job as an organization this off-season of adding depth. If guys go down we have other guys that can step right in. Early in the season last year, we were ranked pretty high on defense and it fell to the wayside as the season progressed… All of those things will help us get better as a team and I’m looking for us to come together and seeing what we can do”.  In 2016, the Titans have been able to put a tourniquet on the bleeding. Through the first 10 weeks of the 2016 season, opposing quarterbacks have been limited to a 90.3 rating and only 16 touchdown passes.  Additionally, the Titans are tied for tenth in the league in average points allowed per game (25.1).

The biggest splash the Titans made in the off-season was a trade for running back DeMarco Murray. “I think we’ve improved our offense with our running game” confirmed McCourty in July. According to Walker: “A lot of people thought [Murray] was done…. He’s already topped what he’s done in Philadelphia last year and he’s just running with authority….He’s absolutely helped this franchise”.  As a result, he is in the conversation to be 2016’s Comeback player of the year.

Murray’s tangible and intangible impact was immediate.  Tangibly, he leads the AFC in rushing through week 10 (second in the NFL), and is the primary reason why the Titans are third in the NFL in average rushing yards per game (145.6). 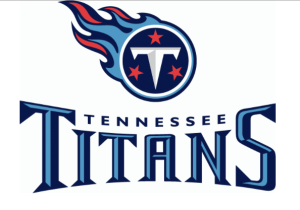 The intangibles are what makes him great. Murray’s mere presence in offensive packages has opened up the field for second-year quarterback Marcus Mariota. “What do you need to do for a young QB, like Mariota, to give him time to learn? Run the ball. You [even] saw DeMarco Murray throwing a TD pass in the 1st qtr…. They’re producing” affirms Walker. With Mariota’s confidence growing by the week, the Titans are ranked eighth in the NFL in points per game, have scored 35 points or more in three straight games for the first time in team history, and have scored more than 26 points in six straight games.

The Titans chose Marcus Mariota second overall in the 2015 NFL Draft.  At the time, his selection was met with trepidation because at the University of Oregon, he had taken 99.4% of his snaps out of the shotgun formation.  Since they were unproven, his abilities under-center were widely debated.  “Marcus Mariota has shown flashes. If anyone saw his debut in the NFL last year, he posted a perfect passer rating. If you watched him in college, the only question was: ‘can he get up under center and could he throw the ball across the yard”? He’s showing that he can do that, absolutely” Walker believes.  In fact, through 10 games, Mariota is exceeding last year’s numbers in the following categories: completion percentage, touchdowns, touchdown percentage, yards per attempt, and quarterback rating. Additionally, he has thrown less interceptions than last year, as well.  When I asked if he has seen evolution from second-year Mariota, tight end Fasano replied: “Yea, sure. I think he had a great rookie year, we just have to keep him healthy, protect him a little better. He’s going to be starting in this league for a long time”.

The successes of Murray and Mariota would not exist without a solid offensive line.  Last season, Mariota was only able to play in 12 of the 16 games due to an injury he sustained while standing in the pocket.  Walker said that “[Mariota] was getting destroyed in                         the pocket”.  Sacks have been dramatically reduced from last year’s 38 to this year’s 14. In fact, they’ve only allowed 2 sacks over the past three weeks.  That has worked wonders for Mariota’s confidence.  Additionally, according to Pro Football Focus, the Titans are ranked third in the NFL in run blocking defenses.

What has changed from last year to this year?  Personnel.  Center Ben Jones (6’4″, 303lbs.) and offensive tackle Jack Conklin (6’6″, 308lbs.) have been air-tight on an offensive line that has been quite turbulent in recent years.  “This off-season [general manager] Jon Robinson went out and signed center Ben Jones away from Houston (an AFC South rival)…And Ben Jones has come in and hasn’t missed a snap.  Let’s not forget this team had the number one draft pick [in 2016]. They traded it to the Rams, then Robinson trades back up to 8th and gets Jack Conklin out of Michigan State…. He has not missed a snap at right tackle and he hasn’t allowed a sack all season long. For a rookie coming into the NFL and not allowing a sack through 10 games, that’s pretty impressive” explains Walker.

That “Exotic Smashmouth”? It starts with the O-line.

Only the Atlanta Falcons have more 20+ yard plays this season than the Titans (tied with the San Diego Chargers at 44 plays).  The Titans attempted an onside kick to begin the game against the Green Bay Packers in week 10.  In that game, they ran five plays that resulted in gains over 30 yards in week 10, one of which, of course, was the 75 yard run by Murray in open space.  Walker explains the strategy perfectly: “When you’re playing Aaron Rodgers, a 2x MVP, you want to make sure you get as many possessions as you can and [Coach Mularkey] was trying to steal one. But he made it clear to the defense: ‘just in case it doesn’t work, you be ready to go out there and make the stop’ and that’s exactly what they did.”  In fact, on that possession, the Titans forced the Packers to a three-and-out. Comparing that to past years? Walker says that “this is a franchise that making a move with gambling on an opening onside kick and not getting it [was something] that would have just deflated their tires in previous seasons.”  The Titans put the league on notice after beating the packers 47-25.  In week 11, they are set to take on Andrew Luck and the Indianapolis Colts, an AFC South rival.

With things looking up in Nashville, what can people expect from the Titans by seasons’ end? Well, the AFC South crown is not out of reach.  Last season, the Texans won the AFC South with a record of 9-7 (the worst among all playoff teams in 2015).  McCourty s 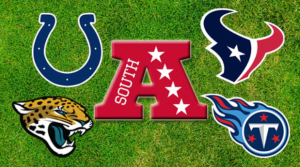 eems to take a game-by-game, blue-collar approach: “I just want to win football games. This time of the year, everyone is sitting around saying ‘who do we want to win the Super Bowl?’ That’s everybody’s goal. For me, there’s no reason to sit here and talk about it. It’s just about improving now and when the time comes, when Sundays come during the fall, we’re just trying to do everything in our power to win each and every time we step foot out there”.  Walker offers a more holistic picture: “We’re starting to the genesis of what they wanted to do. It’s tough to fix everything in one year. If you can run the ball and if you have a quarterback that can cut down on his mistakes, which Mariota has in recent weeks, that’s a winning combination in the NFL.” Fasano echoes her positive viewpoint: “We have a different coach now and a lot of different players in free agency, a good rookie class and really just a different mentality. [We’re] Expecting to win and having people fear us when they play us.”  With its newfound resurgence, there is no doubt teams will have a sense of foreboding when they land in Music City, home of the Tennessee Titans.